We are now up to 2020 in my sporting reflections, and the only sport I’m currently involved in is Brazilian Jiu-Jitsu (BJJ). I initially took up BJJ purely to improve my ground game for judo. I quickly realised that if I had any chance against younger opponents, that chance lay on the ground, not standing.

While BJJ and judo share similar routes and some fundamentals, the style of play is very different. In judo, one merely has to hold down their opponent for a period to score an ippon. In BJJ, the point system is different. One gains points for progressing to more advantageous positions. The match is only over when the timer runs out, and the person with the most points wins, or there is a submission. Therefore, BJJ is far more dynamic on the ground as one is forced to move, even if holding their opponent down.

For me, BJJ was little more than techniques I could add to my judo game. I started with a very relaxed approach. I trained when time permitted, and I learnt what I could. However, BJJ is unforgiving in this regard and more committed students soon surpassed me. Sure, I could bring them to the ground, but now I was in their ocean (as BJJ players like to say). BJJ is a martial art where a smaller player stands toe-to-toe with a heavy opponent (within reason, and assuming similar skill levels). BJJ is indeed a great teacher.

One of the best parts of BJJ is rolling (sparring, if you will) and playful rolling is rolling at its best. BJJ is excellent in that one can keep it playful, rolling without intent but looking and creating openings, much like a chess game. It is playful. No one feels threatened, and everyone learns.

The metaphor of keeping it playful is something that I have spoken about previously. The topic is very applicable to business and the idea of psychological safety. Where people feel safe, they will contribute without fear of retribution or shame. ‘Keep it playful’ is something that many businesses have forgotten and would do well to remember.

In business, it is easy to do the same old thing day in and day out. But there will always be competitors who are coming – competitors who have experimented and have new techniques in their arsenal. To not experiment is, therefore, to go back against the competition, both in BJJ and business.

Lesson 3: Know when to hunker down

While experimentation is essential, there are times when one must hunker down and rely on tried and true methods to get them through. I have my ‘go to’s’ in BJJ when I’m tired or against a superior opponent; the guard, north-south, slow the game down, and a pressure game. The time for experimentation is not when I’m exhausted unless I’m experimenting with exhaustion!

Lesson 4: The market is all the feedback you need

One thing that I like about BJJ is that the grading system is unlike other martial arts. There is no requirement to grade, and if an instructor thinks that you are up to it, they will give you a stripe or a belt. The real feedback is on the mat, and very few people are concerned with belts. What matters is a performance in the present day.

There are striking comparisons between the way that BJJ grades performance and business. In a small consultancy like OPRA, we are not interested in your past or the big name consultancy where you previously worked. What matters is the value that you bring to our business. Are you able to perform outside of the trappings of a large firm? Was it you, or the firm, that made the difference? When I was the newly appointed CEO for Recruit Advantage, I asked my board member for some feedback on how I was going. He asked, in a kind, but rhetorical tone: “Did you get your quarterly bonus?” I had, and understood there and then exactly what he meant.

I have trained at a range of BJJ studios. My experience is that, as in most areas of life, there are significant variations between teachers. Some teachers know their field and how to communicate their learnings. There are also those with little knowledge. If the knowledge was there, some teachers still have a hard time translating this knowledge to inexperienced students.

Everyone benefits from mentors, and in business, it is vital to have the right mentors and the right teachers, lest you get left behind. As in BJJ, your instincts are a useful guide to whether the fit between you and a teacher is right. Learn to not only trust that instinct but to act on that instinct. 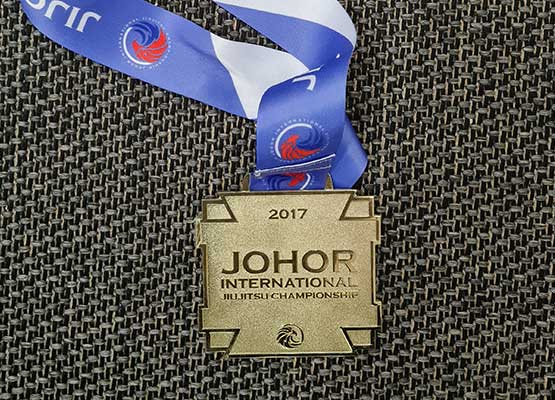 Of all the sports I have done, BJJ is the most relaxed. The Brazilian flavour means that music is interwoven into the classes. However, sparring, like in all sports, is always intense. As I came to the sport with no expectations, this attitude has remained. I have competed only once and walked away with Gold, which is in the photo above. But truth be told, I was more pleased about sharing a beer with my mates after and cheering them on. BJJ is just fun, and at this point in life, that is more than enough for me, in business and leisure pursuits.