My honours year was a turning point for how I thought about the prospects of being an academic. Up until that point in my life, my studies were simply a means to an end. I had various careers I was considering pursuing, and my time at university was the stepping stone toward those careers. While I was a psychology major (BSc) I had taken an eclectic mix of subjects and was completing an arts degree. Mine was a broad education with a practical purpose.

However, my honours year heightened my interest in academia as a potential career. Given that everyone in the class had qualified to get into the Honours programme, I was in a class of people, all of whom had a strong intellect. Given my early experiences in the education system, I was never fully confident of my intellectual ability. Now, I would be tested against some high-level students in a similar way that I was familiar with in sports. Having won the graduate award at Victoria to get into the Honours programme, my confidence in my intellectual ability had grown. Still, old mindsets are hard to break, and at the beginning of the year, I aimed to end in the top half of the programme.

As the year progressed, however, I began to recognise that I had skills in specific areas that distinguished me. I was naturally curious and would ask many questions, in turn getting the clarity I needed to understand the topic area well. My ability to build theory was strong, and I was able to connect research uniquely. Most of all, I was hard working. I began to realise that my ability to work could make up for any deficiency that I had intellectually. If ever there was a time I truly knuckled down, it was in my honours year.

Post that year, and then being awarded the postgraduate scholarship, an academic path was open. I was able to tutor and conduct guest lectures in my area of career counselling and the unemployed. In my first year as a doctoral student, I had an office to complete my PhD and devoured everything that I could on theories of the self, unemployment, and career counselling. I was able to go to conferences and meet researchers I aspired to emulate. I also realised that a career as an academic was not out of reach.

I also realised that I had a strong bent as a practitioner, and in the end, this inclination would dominate my career thinking. I wanted to remain in academia, but I wanted to forge my path, teaching and working, a Pracademic. I have subsequently managed to achieve the right blend between academia and practice, which took 15 years to cultivate fully. Along the way, I have learnt many lessons, and the following are five of the most critical. 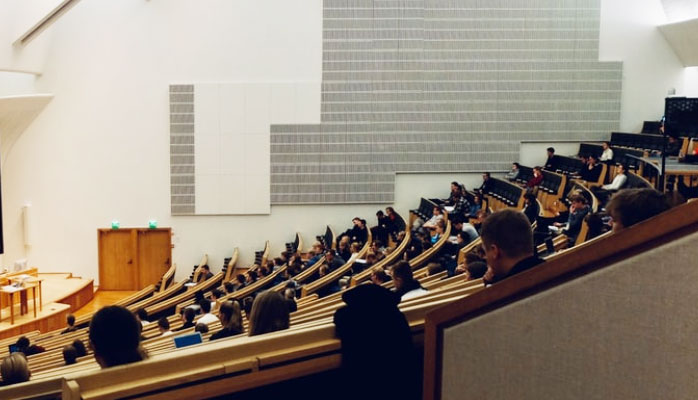 Lesson 1: Research is about a good story

I remember meeting Frank Landy, one of my heroes in the field, at an Australian conference. I only had a moment with Professor Landy and enough time to ask one question. I asked him what the secret to his publication record was, how did he manage to be so prolific. The advice he gave me has stuck ever since.

Research is about having a good story. As with any good story, you need a plot that engages the reader. It would be best if you then took the readers on a journey of discovery, where the end is unknown until the results. However, the broader implications of those results will keep the reader engaged and mean that you have a paper worthy of publication. I have never forgotten that advice, although my publication record is patchy at best.

Lesson 2: Teaching is the cornerstone of academia

While research is what matters to many academics, teaching is equally, if not more important. Teaching pays the university’s bills, an unpleasant reality for some academics who may prefer not to have this accountability to students and focus purely on their research.

Teaching is a skill cultivated through practice. I video my lectures, and I will often review the video to grade my teaching, examing what I did right and where I can improve. Part of this process is continually looking for new metaphors and new stories to help people understand how they can improve.

Teaching is also when I realise where the gaps in my learning are. As described by Richard Feynman, one of the best ways of learning a subject is to teach and to do so at a sixth-grade level. I will always encourage students to write back to me about any part of the course they did not understand. I will explain that the fault is with me, not them, as I will have over complicated my explanation or used an inappropriate or ineffective metaphor.

Indeed, I have emphasised teaching almost at the exclusion of my research. As I age, I would like to get that balance back in order. That said, teaching is part of my craft, and I will always want to remain active in teaching, continually honing my craft and adding value to students lives in the process.

Lesson 3: Academia is, in part, a vocation

I grew up in a devout Catholic family. I was familiar with the idea of a vocation, that strong call for a particular career. My aunt is a nun, my cousin a priest, and I also thought about devoting my life to the church before going 180 degrees and becoming an atheist. As my best man said at my wedding, the vows of chastity, obedience and poverty were never going to sit well with me!

However, the feeling of a vocation is something I have experienced and have when I think of academia. While I love the mix of teaching and consulting, and recognise how fortunate I am to have the opportunities that I do, I realise that it’s in academia that I feel most at home. I see no clash of my values with academia, a conundrum that occasionally comes with consulting and developing solutions for clients’ budgets, demands, and systems. I have always been a believer in blending research with practical application. However, the practical application often trumps the research, and it is rarely an equal marriage.

Academia, teaching and research, is my passion and a calling that I’m fortunate to blend with my practical career. Both are important, and both make me more competent in their respective fields. However, it is only academia that I would class as a vocation, a strong sense of being in the right place.

Over time, I have realised that rather than hindering my capability as an academic, my practical experience makes me far better at my craft. There are some excellent textbooks in our field, and I’m immensely grateful to the editors and writers that put these works together.  However, many a text will demonstrate a lack of knowledge of the business world, promoting outdated techniques and devoting an excessive amount of pages to impractical ideas.

An example would be the application of job analysis for personnel selection. Writers discuss Job analysis as the mainstay of much of Industrial and Organisational Psychology (I/O). However, I could count on one hand the number of organisations that would engage in a rigorous job analysis, opting instead to focus on competency models.

Psychometric testing is another area where the gap between practice and theory is excellent. Many practitioners attack the MBTI as if this was the only game in town, but the world of psychometric testing is far more intriguing than MBTI. Without knowledge of the industry, a review of the testing industry is not possible, resulting in students who are ill-equipped to work, whether as consultants or in-house practitioners.

Lesson 5: Academia is potentially a job with a long tail

One of the biggest draws for me in academia is the length of the careers of academics. Many academics produce their most significant work late in the professions. Daniel Kahneman is 87 years old at the time of writing this blog. Kahneman won the noble prize in his 60’s,  hit the bestseller list in his 70’s and is realising what is most likely to be another International bestseller in his 80’s. Careers of this sort are often unheard of in other fields.

As one who likes to remain active intellectually, I cannot overestimate academia’s allure as a career that can keep me gainfully employed through my later years. Knowing that my best years as an academic are yet to come is a comforting thought indeed and one that keeps me committed to having one foot entirely in academia.

Being an academic is one leg on the three-leg pillar that is my career as a psychologist. The other two,  coach/psychotherapist and as an entrepreneur, I will cover in upcoming blogs. Forging a unique path as a Pracademic has meant that I have created a life with a degree of purpose, a sense of meaning and autonomy, all critical ingredients to a life of self-determination. My only wish is that I add as much value to others lives through my academic work as academia has given me.