Victoria University was my home away from home between 1991 and 2000. I returned to the education system following a gap year and approached my studies with renewed vigour. I felt privileged to get into University on a provisional entry as I had not completed the seventh form. Moreover, coming from a lower socio-economic group meant I received an allowance from the Government to attend University. Given the lifestyle of a student, money was not a pressing issue for me, and the assistance was more than sufficient to cover my living expenses. I recollect feeling wealthier with a part-time job and a student allowance, relatively speaking, than I sometimes do today- a wake-up call to my life getting out of whack if ever there was one.

University and lessons go hand-in-hand and trying to reduce the lessons learnt to five critical learnings are not easy. However, below are the five key lessons that I learnt from my time at University. 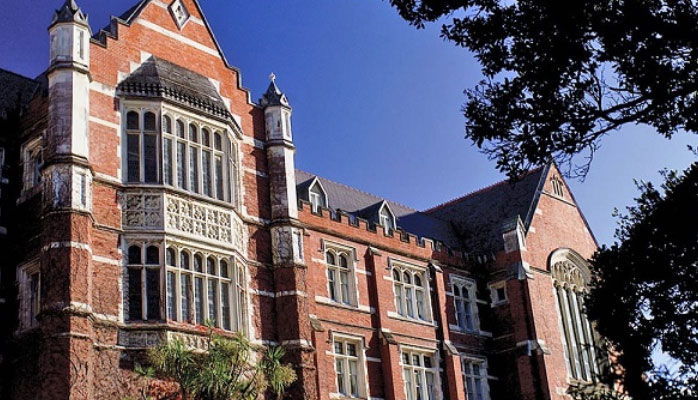 Lesson One: going to an institution to learn creates an environment of growth

Looking back, my years at University were perhaps the most carefree of any time in my life. I was the first person in my family to commit to a degree and there was no family pressure to succeed. I went there to learn, and learn I did.

Philosophy, education, chemistry, physics, astronomy, drama – I embraced them all. I look back and have gratitude for the opportunity to learn that was afforded to me by Victoria University. Socially, there was never a dull moment sitting in the quad. The social life at university was unparalleled, opportunities that I’m unlikely ever to have again. I was fortunately aware that this was the case and took advantage of every opportunity offered, be it concerts and comedy nights in the bar or the tramping club. I look back, and it was such a time for growth, not just as an academic but as a person.

Lesson Two: The markers of academia or not necessarily markers of wisdom

In my second year of university, I had a lecturer whose teachings would fundamentally change how I viewed the world. The late Dr John Whitmore had a unique area of expertise psychophysics; the scientific study of the relation between stimulus and sensations. Dr Whitmore was the first psychologist I met that challenged much of what was taken as gospel at the time, such as the inferences made from attitudinal questionnaires and actual behaviour (the chasm between intent and action is large).

Dr Whitmore introduced me to evolutionary biology’s role in psychology, making the class read The Selfish Gene. He challenged the concept of free will and was the first person to making arguments that challenged my faith, challenges that would know away at me until I eventually became an atheist. If ever there was a teacher who embodied education principles and the expansion of young minds, it was Dr Whitmore.

But John was not respected in the department. He refused to play the publishing game, not working on papers that required years of research and data collection. Dr Whitmore challenged much of the nonsense in psychology. He was outspoken but dignified and polite. In John, I saw what it meant to be an academic, and this gave me clarity as to the academic that I hoped to become.

Lesson Three: One of the great benefits of University is the connections that you make

I’m grateful for opportunities, such as attending a Los Angeles class under one of the world’s foremost evaluation experts, Dr Micheal Scriven. I can thank Dr Jane Davidson, a fellow student in my honours year for bundling evaluation into what would become my graduate diploma in applied statistics.

I started my company with my PhD supervisor, Dr Mike Smith. Mike got me started and provided me with the opportunity to forge my path as an I/O psychologist. He would let me leverage his name while we built the company. Once established, he left the company, giving me the freedom to build the company as I saw fit.

Fellow psychologists like Dr Nigel Guenole, world experts in the field, are contacts made at University. Through Nigel, I met Sasha, a close friend who was instrumental in opening the doors for academic positions in Singapore. If a person’s net worth is their network, then it was Victoria University, that I have to thank for my wealth.

In the final year of my undergraduate studies, I was determined to get a scholarship to go on to do honours. I knew that I would struggle to pay for my honour’s year and was not comfortable taking on debt (ironic, given my later foray into property investing). The only option for me at that time was, therefore, to try and get a scholarship.

There was a graduate scholarship given to the top graduating students in various fields. In my third year, I finally began to believe that I could match any of my peers and committed myself to that year of study. I had to take on additional courses to complete my arts and science degrees in the timeframe. Additional courses meant that I had to study efficiently and effectively to get the outcomes that I wanted. As each assignment came back, I sat the required tests, and the grades started coming in, I knew I was performing at a level that would put me in the running for the award.

My final paper was cognitive psychology. I knew that a high score in this paper would put me in the running for the award. If ever there was a moment when everything clicked for me as a student, this was the time. The teacher, Dr McDowall, was an excellent lecturer. He was humorous while knowing his subject matter well.  By this stage, I had mastered my exam technique, and my writing had continued to improve, such that I was developing my academic writing style. Never have I gone into an exam so prepared and sitting on such strong internal grades. The A+ I received for that course was undoubtedly a large contributor to winning the undergraduate award. That award meant that I had set up the next year of my life and pursued what had become my dream of becoming a psychologist.

The self-efficacy developed in that year meant I embraced new learning without trepidation. During my PhD, I realised that my knowledge of statistical techniques was not as strong as I would like, so I completed a postgraduate diploma in applied statistics. As part of the programme, I also completed a certificate in evaluation at Claremont University.

When it came to my registration as a psychologist, rather than wait until after I had completed my PhD. I started the registration process as I was comfortable handling the workload having proven as much to myself.

Likewise, when it came to consulting. Juggling commitments was now the norm. I knew that I would not let balls slip as I had proven as much to myself over these crucial years at University.

Lesson Five: We rise to the level of our goals

Having achieved the undergraduate scholarship, my confidence in my intellectual ability rose. My honours year at University was a year dedicated to learning my discipline in depth. I would spend weekends in the library, reading journals articles or diaries from the great masters such as Maslow. I would ask questions until I fully grasped the concepts discussed. I would study for the exams using detailed notes and condense them into mind maps until I knew and could record the subject matter with ease. Having brought a computer by working extra shifts as a bus driver, I purchased a computer, saving time on my essays. At the end of that year, I had not only achieved first-class honours but was in the running for the postgraduate doctoral scholarship. Winning this scholarship would not only mean that I had my university fees covered but that I would receive a full living allowance for the first three years that IU undertook my PhD.

Post my PhD, I have felt the world is my oyster. I was able to start my company, OPRA, with my senior lecturer, Dr Mike Smith. No client assignment felt like it was beyond me, something I attribute to the turning point in self-belief in my final year of studies. In writing this, my last piece on lessons learnt through my education, and I realise that Victoria University was where a whole series of life lessons solidified. I  established the foundation of my adult life at Victoria, and I’m so proud to be alumni of that institution.