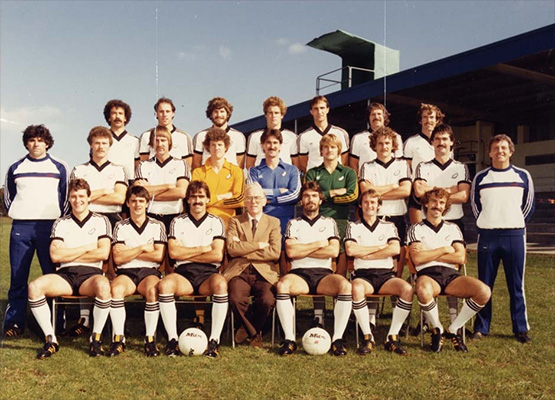 From the age of 7 to the age of 12, football (soccer) was my life. The time was the 1980’s in New Zealand, the glory period for New Zealand football. We had Wyton Rufer, we had Steve Woodin, and we qualified for the 1982 World Cup.

I remember the whole country watching the game against China, played here in Singapore. Rufer’s goal into the top right-hand corner and we were off to Spain!

I believe team sports is a must for children. Many of the lessons in life that I learned from my pre-college years I learned through football.

Lesson One: Malcolm Gladwell is spot on. Age brackets at that age counts!

I have represented Wellington, my home, in a range of sports as an age grade competitor. However, one of my most treasured memories was playing a single game for Wellington, against Stoksevalley as an under thirteen. I had narrowly missed out on making the team and got the call as a late substitute for the match.

That year, the age groups changed and, where previously I was the youngest in my team, I was suddenly dropped a year and began playing with people my age. I was never quite in the running for the representative side in previous years, five years in a row dropped at the last trial. During that time, I never gave up and, five years after donning on the boots, I reached my goal, albeit for a single game.

Lesson Two: Life is like a box of chocolates

My first football coach was a young guy by the name of Steve Harvey. Steve was the coach that all kids should have. He was kind but firm. We learned the basics and then some. He played on Saturdays, and we all admired him. Twenty years later, I was able to repay the favour of hiring Steve as our senior psychologist! Only in New Zealand.

Our Under-12 side was unstoppable. We were not playing regional league but playing division one in the local league. That season we crushed the opposition, in part as we were not a team of champions but a champion team. Having smashed the league, we were eligible for the regional playoffs. We won this too, becoming the first team in Karori’s history to win their way into the regional league. I can’t remember one star in that team, but I remember all the players.

I remember the first loss I had. It was when I was part of the Swift’s under eight team. We lost to Miramar Rangers 5-2. I still remember the game at Miramar and that feeling of hearing the referees whistle and knowing that we lost. It sucked.

I wouldn’t say I like to lose, never have. But I know that it comes from competing and I see so many people who are afraid to compete, as a fear of losing. I struggled in the car going home, but my dad explained that the hurt was a good thing and I better get used to it as there was plenty more where that came from. It never got more comfortable, but I learned to be more gracious.

Lesson Five: Reality to be commanded must be obeyed

Even at the ripe old age of 9, I remember thinking that something was up with this aging larky. I remember when guys like Glen Kirker went from quick to a super sprinter in what seemed like a week. I remember when teammates who I thought were my size seemed to sprout while I stayed behind. I remember growing outward while they grew upward.

Of course, I didn’t realise that every dog would have its day, but those were exciting times when I came ahead-to-head with my reality. The importance of respecting reality was learned at a young age and stayed with me ever since. Reality doesn’t mean being a pessimist. Reality means being a realist and consciously aware of what is going on around you.

My love for Soccer peaked at 12, and by the time I started college, I was on to a new sport, Hockey, which will be the next blog in the series. Still, it is Soccer that set me up for life. My interest in the game remains, and I loved nothing more than going to Phoneix games and yelling “same old Aussies always cheat’n!”. Thank you, Soccer, for starting me out on the right foot.