I already covered Lessons from England, so some poetic license is due. I have tilted this post in memory of my father and his favourite hockey player, Babu Singh.

I played hockey competitively from third form to sixth form. By the age of 17, I was playing in the men’s league. Our hockey team was one of the most successful in Wellington College’s history at the time. We won the local competition every year, we beat Christchurch Boys’ High School for the first time in 32 years, and we won the India Shield qualifying for the Rankin Cub.

Lesson one: Witnessing brilliance in sport is akin to looking at a great work of art
I had the pleasure of playing outside of Umesh Parag for most of my time at Wellington College. Umesh was not just at a different level as a hockey player, he was another class of player. Watching Umesh confuse players, score goals, and go from 0 to 100kmph was a sight to behold. To witness this first hand was an incredible experience and one that I will treasure forever. Umesh was the first sports star I ever witnessed brilliance first-hand. 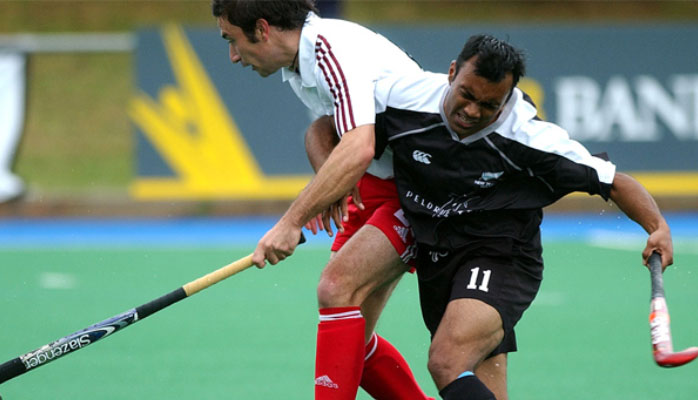 Lesson 2: Deliberate practice is key
Growing up in a hockey family, I did have some exposure to the game. However, what made the difference to my ability was the deliberate practice (lots of deliberate practice) that I undertook during those five years. Surrounded by the likes of Umesh naturally increased one’s game. However, what made the difference was making rep teams, which meant I was training at least once a day, be it for college, my province, or a men’s team. There was no time off in the summer, which was when I played five-a-side and eleven-a-side hockey.

The sheer volume of training and coaching was what made the difference to my game. Years later, I would learn of Anders Ericson and his theories on practice – the start of the 10,000-hour rule. I’m a believer, having experienced this myself.

Lesson 3: Injuries change sportspeople
The first time I experienced a concussion was on a hockey field. It was in the semi-final of a local competition, and for the first time in years, it was a close competition. Umesh was inside right, and I was on the wing. My previous season had been lackluster but that season was proving to be a game-changer. I was finding my form, and in many ways, I felt we were an unbeatable side.

Was it deliberate? I don’t know. I know that when I came to, my shoulder blade was shattered and my collar bone was in two. The other player was off so I figure something untoward must have happened, but I can’t remember what happened. That was one of the last competitive games of hockey I played. My heart was never in it after that, and I shifted my focus to golf.

Lesson 4: Celebrations of team success dwarf individual glory
When you win as an individual competitor, you celebrate with your coach and friends after the game. When you succeed as a team, the celebrations can go on for days. I remember when we beat Christchurch Boys’ High; it was the first time it had happened in 32 years.

It was a miserable day (the game was in Christchurch), and had I played representative hockey in Auckland the week before and had to fly from Wellington to Christchurch to make the game. In the last quarter, I crossed the ball into the circle, and it stopped dead in a puddle 4-feet from the goal. A swarm assembled. In the end, the ball was in the back of the cage, and Rhys, who was playing inside-left, had scored. We celebrated all night (I got my first taste of alcohol, Miami Wine Cooler) and lost to St. Andrews the next day.

What I learnt was the being part of a successful team is so rewarding. One of OPRA’s core values is celebrating success – a motto born from my time in sports.

Lesson 5: Get proficient and teach
In my sixth form year, I coached the third form team. I poured everything I learned in sport into that team. I remember one particular boy who was quite timid. I would take him aside and teach him courage by learning to tackle me. I would make the training progressively more challenging, and it was my first use of gradual exposure techniques. Being a small kid myself, I knew what it was like to want to play but have the raw nerves that come from being smaller than the other boys. Over the year, I watched as this boy’s confidence grew, and felt the pride of knowing that this one change would mean a lot to him as he got older.

Applying my knowledge and using my experience to train others was extremely rewarding. We all need guides through life, and coaching was a gift given to me by hockey. In the immortal words of Wellington College, “Take the light and pass it on.”

In hindsight, my time in hockey was short-lived. The seventh form was a gap year as I pursued my golfing passion. When I came back, I was fully committed to university. The rehab on my shoulder gave me an appreciation for strength training, and I developed a new passion: bodybuilding.

Wellington College and hockey were perennial to my development. In the words of the famous Led Zeppelin, “Good times, bad times, I know I had my share”, and I would not change a thing!