Wellington College was a completely fresh start. My friends went to St Patrick’s in Kilbirnie, and it felt like I was entering a completely new environment at my new school. I had no expectations, but a sense of excitement at the possibilities. I knew I would be catching up with all my friends after school, so I never felt lonely and respected that my parents felt Wellington College was superior for sporting and academic reasons.

My Uncle Peter, a New Zealand representative hockey player, attended Wellington College, and I followed in his footsteps, making the first eleven hockey team in my second year. More importantly, I made some of my closest friends at Wellington College, friends that radically changed the course of my life. I have nothing but fond memories of my time at Wellington College, a school I still hold in high regard. Indeed, one of my most substantial regrets during COVID-19 was not being able to make it home for my school reunion.

Of all my educational experiences, primary school through to university, Wellington College was perhaps the most influential, providing me lessons that I have carried into later life. I owe a lot to the school, much of which comes from the wisdom gained as I look back on the four years between 13 and 17. 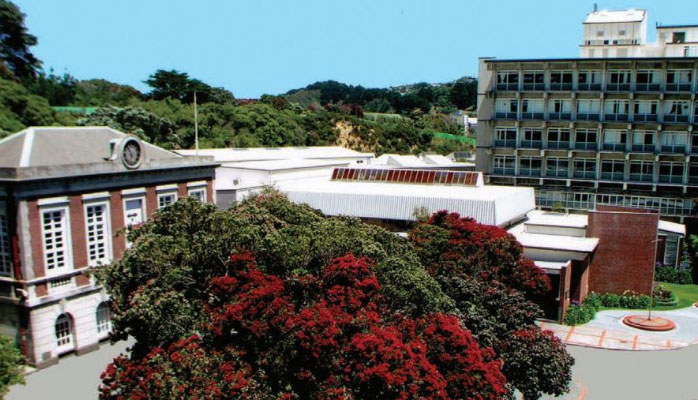 Lesson One: Blending with new people is the key to growth

The friends I had from primary school remain the majority of my friends to this day. This group of guys has stood by me through thick and thin, and our bond is unshakeable. However, when I went to Wellington College, I met a new group of friends, people whose lives were somewhat different from what I had experienced to that point. I went to their homes, met their families, and had an altered outlook on what life could be.

None of my friends played musical instruments, had professional parents, or lived outside Karori! College was when I got to see how the other half lived/ Friends like Watties have added so much to my life and encouraged me to push for higher goals. and mates like Jon Wood, with who I’ve had incomparable adventures and remains my brother from a different mother to this day. There was also Stefan, whose love for Bowie and intellect was the quintessential friend, as one transitioned into teenage years.

Being a Catholic in a secular school was a novel experience. Suddenly, this defining character, one that I had never thought about to this point, became part of my identity. Not that I went around preaching the Gospel, but I do recall exclusions from class to attend Mass. Holy Days of Obligation were mandatory in my family. Fortunately, there was a church across the road from college, which made attending Mass relatively straight forward.

Being different meant people would ask what went on at Mass; what I took as the norm was only the norm for me, not others’ experience. I’ll never forget being quizzed on what Catholics did at Mass and realising that just as people assumed things about me I thought absurd, that I held the same prejudices about people from cultures and sub-cultures of which I had little knowledge. That one experience made me tolerant of difference in a way that is hard to explain, but that stayed with me all my life.

Lesson Three: Knowing what you are not

The college years are a time of significant change; a time when some of my classmates derailed, and I often wonder if they ever got back into order. I’m hopeful that this would be the case. Those years were also a time where the more academic students began to shine. I remember distinctively students who committed to learning and excelling in academic pursuits. Just as I was not one to derail, I was also not one to take my academic studies too seriously, and I recognised that my life is about achieving in a range of disciplines but not excelling in any.

The college years are crucial for identity development, and a big part of this for me was understanding what I was not. I did not succumb to peer pressure in the way others seemed to, and I remember this very clearly in a sixth form camp that was part of my physical education studies. I realised that even teachers could sometimes behave in a manner that would gain favour with students rather than what they stood for. While far from consistent, I realised at that time that consistency is something to strive for, and this meant defining what I was not as much as what I was. In hindsight, I recognise that when I have let myself down, I have failed to remember the lessons learnt at college.

To get into Wellington College, I had to sit standardised tests. I had never sat a standardised test before; New Zealand has a very different system to Singapore and its PSLE. The standard exam identified that I had some learning difficulties, primarily with maths, and spelling attributed to slight dyslexia. The school noted remedial class, which my parents embraced.

Wellington College was great at providing the individualised tutelage that students needed. Six months of intensive remedial education was all it took for the principles to click. By the end of the year, my grades had improved, resulting in a reallocation into the A-stream. The impact of moving into the A-stream was a higher academic workload and greater expectations of academic success; expectations that I rose to in line with the Pygmalion effect. That experience, of compensating for intelligence by working hard, was the basis of work that Paul Wood and I did many years later concerning intelligence compensation.

By the fifth form, my maths was slipping. Once again, through tailored teaching, I could catch up this time from Mr Ashby, achieving an A2 (top 17% of the country). None of this would have been possible without the special attention provided by Wellington College.

Wellington College was the time I learned what it meant to be well rounded. At Wellington College, it was not good enough to have a strength in one study area. Instead, one had to be proficient in all areas of study, both electives and compulsory courses. Also, the school maintained a high expectation for involvement in extra-curricular activities. In my case, it was various sports, including hockey and golf. For others, it was music, the arts or debating. Every extra-curricular activity was equally regarded and at the weekly assembly excellence in any given field was recognised.

When I look back, I realise that it was at this time in my life, more so than in any other, that I set the goal of being well-rounded by actively pursuing many Futureselves simultaneously. My sporting self, teenage self, and academic self all coexisted, requiring a level of time commitment. While this is seemingly a simple lesson, I recognised that it was at Wellington College where I developed skills that serve me to this day. My life would not be as rich had I not adopted such an approach.

Wellington College, in hindsight, were pivotal years in my self-development. I established much of my self-identity at this time. My Futureselves, while not fully formed at this time, started to become shaped. I proved to myself that learning any topic was possible so long as I put my mind to it and approached it with the same dedication I had for sport. I’m incredibly grateful to all the teachers and friends whose interaction has impacted the person I have become.